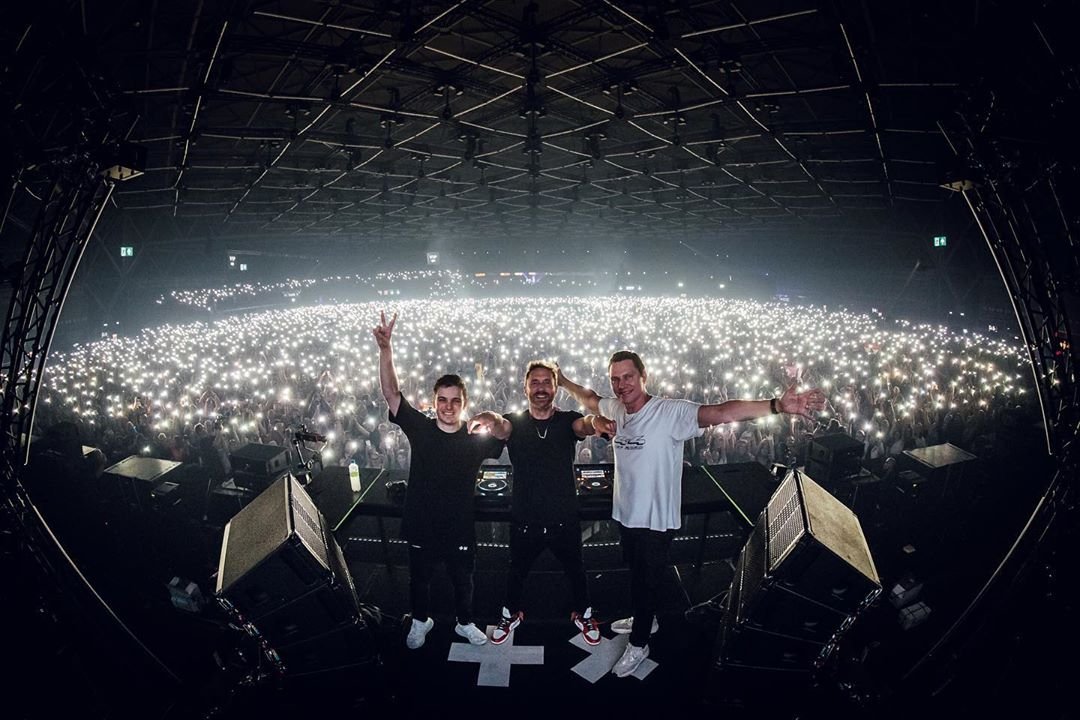 Last night in Amsterdam, Martin Garrix debuted his new live show “ETHER” at RAI Amsterdam. He’ll do the same tonight, but the first night was especially epic as the first-ever reveal of the show, and especially because of how it ended.

Toward the very end of his set, Garrix brought up Tiësto and David Guetta onto the stage, both of whom have served faithfully as mentors of the young producer since his early days as a DJ.

“If it wasn’t for these two guys, I wouldn’t be making music, I wouldn’t be Martin Garrix,” he says as drops into Tiesto & SEVENN’s “Boom.” The three would continue to play together until the end of the night.

See a snipped of the massive B2B2B below!!