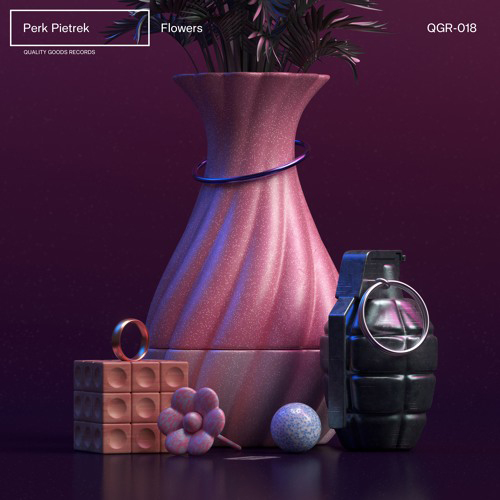 The latest EP to be showcased on Quality Goods Records is an exceptional listen from Perk Pietrek. Having first been picked up by UZ back in 2017, Pietrek has established himself as one of the strongest and most forward-thinking trap producers on the scene right now.

After remixing UZ & Elliphant’s ‘Stockholm White’ (part of the album that was in the Top 25 Billboard chart), he has earned the approval of fellow artists like Marshmello and Skrillex. The first single from the EP, ‘Willow’ created a neat buzz, and there are a further four tracks on the EP, which is titled Flowers. Lulling you into softness is the intro cut ‘Bloodflower,’ soon contrasted by the quick-stepping ‘Error,’ which features Jordan Dennis on vocals.

Swan adds input to the hypnotic ‘Ivy’ and you are immediately swept away by the epic peaks and troughs on ‘Proxy’ with SAYVERE. ‘Willow’ closes the set with melodic intensity.